New rules are being considered for the use of wake boats on Vermont lakes and ponds, in response to a push from concerned residents.

Responsible Wakes for Vermont Lakes filed a 54-page petition in March calling on the Vermont Department of Environmental Conservation to tighten boating regulations. The total number of wakeboats on Vermont’s waterways is unknown, as many are owned by tourists.

The grassroots group Responsible Wakes, which has around 40 members, argues that this increasingly popular form of boating contributes to shoreline erosion and the spread of aquatic invasive species. They also fear it poses a safety risk to swimmers.

“I would love to see what I have preserved for other generations,” says Mark Milazzo, spokesperson for Responsible Wakes, who lives in Peacham Pond. Milazzo says the proposed rules are key to ensuring lakes and ponds can be enjoyed by all.

Wake boats are powerboats or powerboats designed to create large wakes for activities such as wakeboarding or wakesurfing. Boats operate primarily by using their weight to move water. A ballast tank holds water in the bottom of the boat, weighing down the stern and creating surfable waves.

While Vermont regulates boats, it does not have specific rules for wake boats. The petition, which cites 56 scientific studies, calls for keeping these boats at least 1,000 feet from shore — that safe zone is now 200 feet — and establishing a minimum depth requirement for boats to operate and designate a contiguous area of ​​60 acres as a wake sport area.

The Department of Environmental Conservation can either approve all of the rules proposed in the petition, modify the list of rules, or decline any modification of the rules. According to environmental program director Oliver Pierson, the department has not taken a position on the accuracy of the claims made in the petition. The department does not conduct its own research, but reviews published research to help guide its decision, which could come as early as August.

However, the department will first two public hearings to explain the petition and allow public comment on the potential rules for wake boats.

The hearings, both at 5:30 p.m., will take place on June 29 at the Richmond Free Library and July 7 at the Manchester Community Library. Both can be assisted virtually. Those wishing to speak are requested to do so by 4:00 p.m. the day before.

“It is important to note that the initiation of formal regulation does not mean that the rule will be implemented or that it will pass,” Pierson said.

According to members of Responsible Wakes, unless the rules are passed, lasting effects could result for the ecology and visitor numbers of the lakes.

Responsible Wakes contends that increasing this requirement to 1,000 feet will ensure that any waves created by a wake boat will dissipate by the time they reach shore, allowing shoreline wildlife and their habitats to thrive.

If the petition rules are adopted, Vermonters and visitors would have 19 lakes that allow wakeboarding. Most inland lakes over 500 acres would meet the criteria, and Lake Champlain and Lake Memphremagog are excluded from the petition.

Boat ballasts are the main source of concern for the petitioners. They argue that reservoirs can spread aquatic invasive species because they cannot be drained or examined thoroughly. And, because the tank weighs down the boat, the propeller is lower than on other boats, increasing the risk of moving sediment from the lake bottom and spreading harmful phosphorus.

Responsible Wakes also argues that the waves created by wake boats overpower other activities and make them undesirable for other lake users due to the increased likelihood of injury.

But Brad Fralick, director of government affairs at the Water Sport Industry Association, said the opposite was true.

“It’s never a good idea to make a policy that’s going to significantly overload the waterways,” Fralick said. He suggested limiting the sport to certain lakes would make injuries more common as wake boats would be more concentrated in one area. “It’s just an invitation to disaster.”

“Our primary focus in all of this has always been education,” Fralick said.

Popular primarily in the West and South, wake boats and their corresponding sports are relatively new to New Englanders, according to Milazzo and Fralick. The petition cite research boating is the fastest growing water sport in the country.

However, according to Milazzo, the group surveyed 14 waterways in Vermont and found that recreational boating accounts for less than 1% of waterway use in Vermont. Lake Raponda in Wilmington, Lake Iroquois in Chittenden County and Joe’s Pond, shared by Cabot and Danville, are particularly impacted by wakeboat use, Milazzo said. The state does not track the use of wake boats, according to Pierson.

Watercraft users are a “very small percentage of users on waterways, but they have the greatest impact and do so at the expense of all other uses of lakes and ponds,” Milazzo said.

Don’t miss a thing. Sign up here to receive VTDigger’s weekly email on the energy industry and the environment. 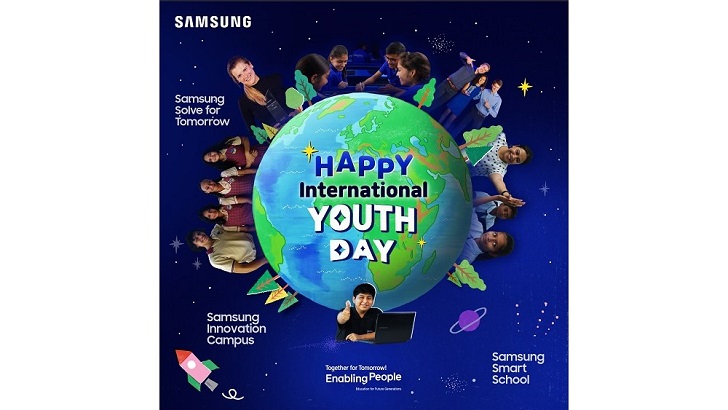 International Youth Day (IDD), which takes place on August 12 every year, is a United …